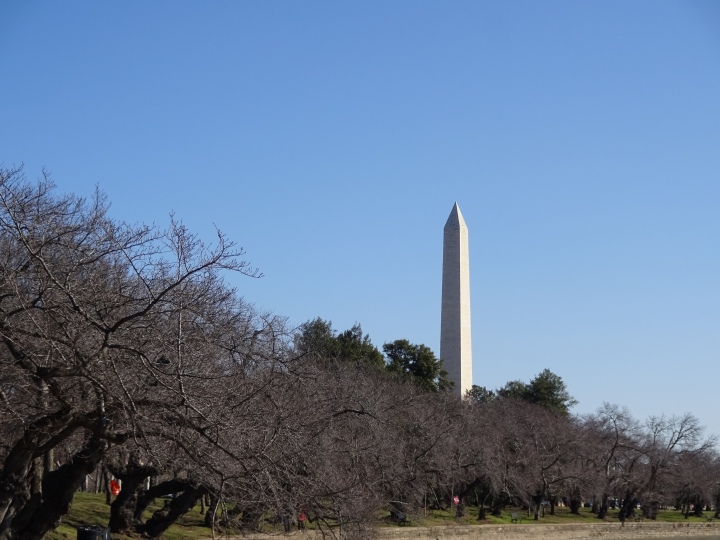 Initially, I planned on staying home this past weekend, but when I realized that I will be losing two weekends later down the line, I hopped on the chance to go to a place that’s always been on my bucket list: Washington, DC.

Though I was only in the center of the city for about seven hours, I made the most out of it. I know, it wasn’t the most ideal time to visit DC since it’s still winter, but I knew once it was cherry blossom season, it would have been a trip shorter than this one. I know I’ll be back in the near future, but I think I was able to accomplish a lot in a short period of time!

Karen, Tiffany, Victoria and I arrived pretty late Friday night, but we kicked off Saturday morning bright and early to maximize our time. We managed to knock out most of the monuments (to our knowledge). We even got a sneak peek at the filming of Jackie featuring Natalie Portman. My favorite moments, however,  definitely had to be seeing the Martin Luther King, Jr. Memorial and, obviously, The White House. 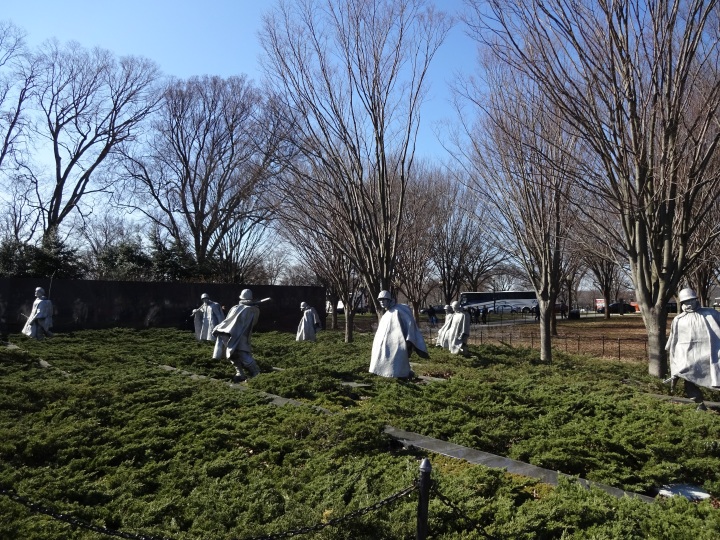 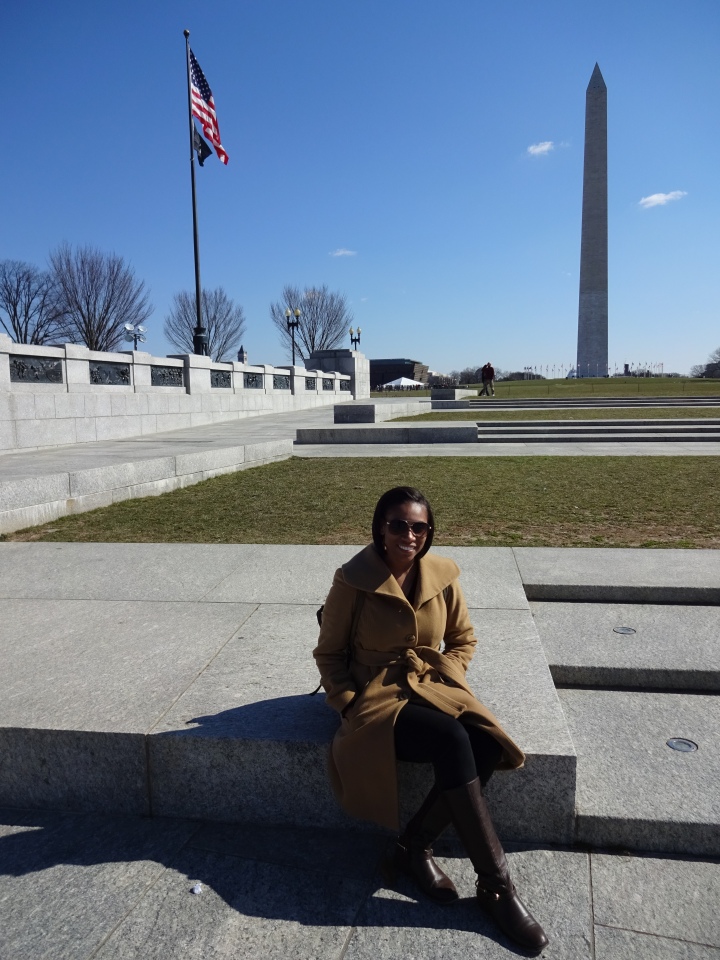 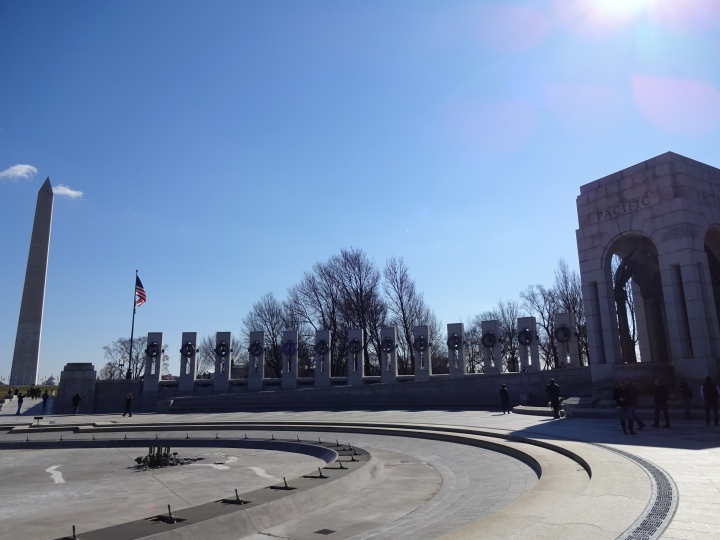 The memorial is a huge sculpture of Martin Luther King, Jr. emerging from a granite stone in front of two other large granite stones, also known as the mountain of despair and the stone of hope from his infamous “I Have a Dream” speech. Behind the sculptures was a wall inscribed with King’s quotes. It was one of those moments where the magnitude of it all hit me full on. I have visited The Civil Rights Museum in Memphis, but to look up at this sculpture imagining the moment in which King gave his “I Have a Dream Speech” in front of the Lincoln Memorial Reflecting Pool was almost bone-chilling. 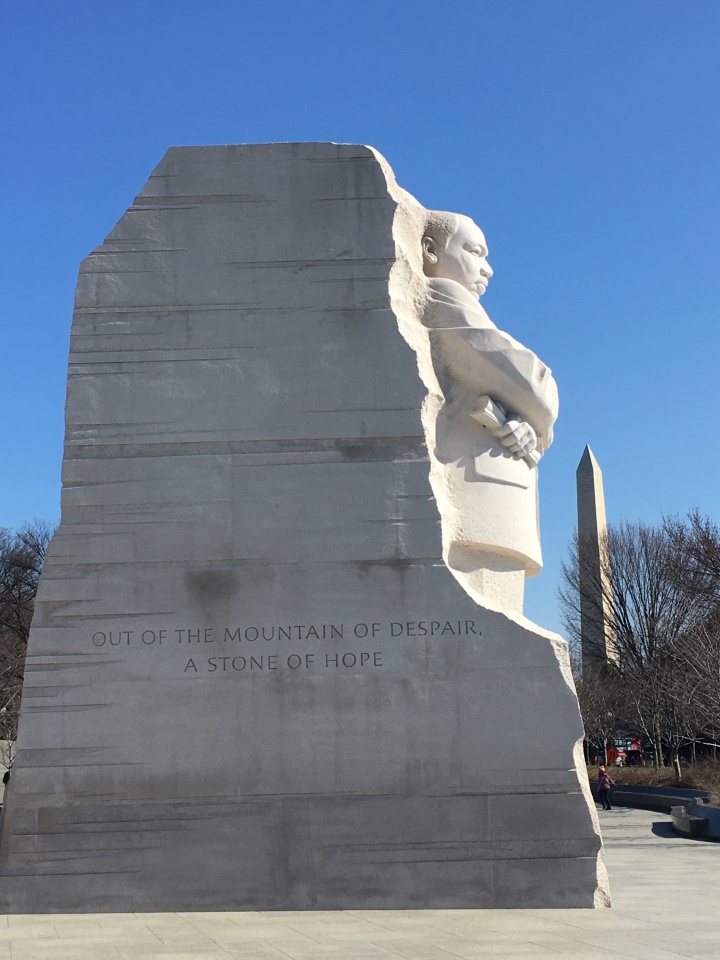 When I reached The White House, I had a similar feeling of when I saw the Mona Lisa for the first time: this is very small. I always knew the house would be smaller than I expected, but I guess I imagined the actual estate would be larger and more secluded. It really is just in the middle of the city adjacent to the Washington Monument. After having my quintessential “I’m in front of The White House” photoshoot, I stopped and just had a moment to look at it. Before me stood so much history. It was special to me because I was able to stand in front of The White House while President Barack Obama is still in office. To look upon this house on 1600 Pennsylvania Avenue where the president lives, and to think about the MLK Jr. Memorial just up the street, I was reminded that these two significant individuals are not that far apart literally and symbolically. I was reminded how I should never forget where my people have come from, but also how far we have come. The journey is not over, but I am so grateful to have had these moments.

Shortly after grabbing souvenirs from the shops between The White House and the Washington Monument, we found out our original flight was completely booked and we dashed to the airport to get on the next available one. I was emotional on the plane thinking about everything I took in that day. I never knew I could feel connected to a city in such a short amount of time. I am so happy that I had this visit and I plan on returning in the very near future to explore the free museums. DC, thank you for such a monumental experience ❤

welcome to my blog!
you can find out more about me in my “about” section and you can also follow me in real time by following me on social media.
please make sure you also hit that “follow” button to stay up to date on my latest posts!
xx, AE

completed my first reel last weekend and now onto my first tiktok!! trying to find ways to create content that doesn't require as much planning/effort. so enjoy a "day in my life" of me hopping around east El Paso! 💅🏾🛍️
and that's a wrap!! one of the most eye-opening years of my life so far. can't wait to see what 2023 brings 🥂
all about forging my own path these days 🌺
full recap of my incredible trip to #guanajuato is up on my blog now!! 🇲🇽 #linkinbio
stuck in this fairytale 💐
the most wonderful time of the year 🎃